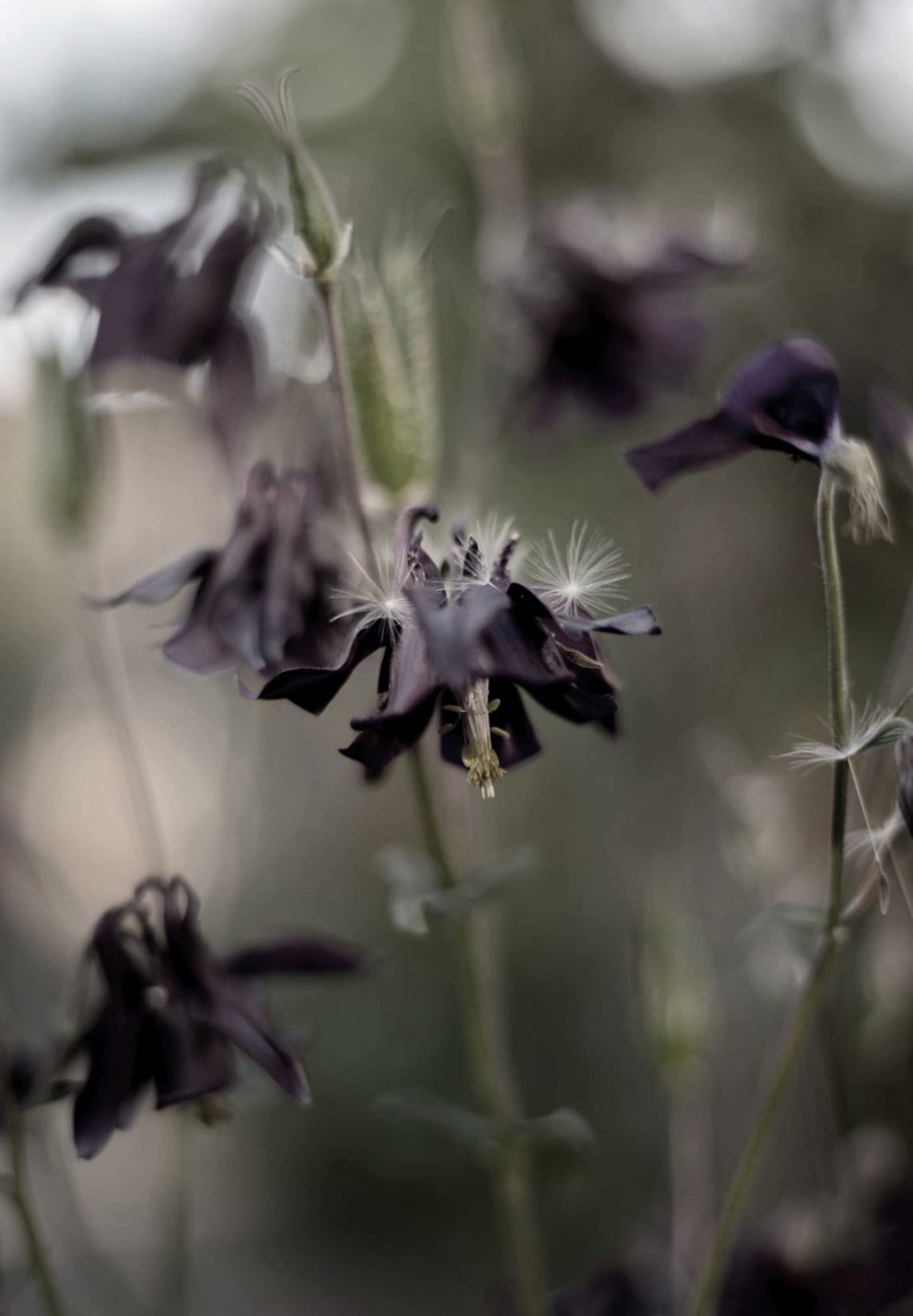 Description: Perennial, viscous plant, up to 45 cm high. Leaves thickened in the lower portion of the stem. Flowers of 3-4 cm, from pale purple to light blue to almost white, with characteristic nectaries with spurs. It blooms from June to July. Sciaphilous species, that is, adapted to live in shady places, is found on dripping cliffs and in the grazing of the mountain belt.

Distribution: Endemic to the central ApenninespresentinAbruzzoandMolise, it is doubtful in Lazio and Campania. The legend of Aquilegia

One of the most famous legends related to this flower is the story of the hypocritical and treacherous behavior of Prince Rutibald. He was married to Princess Teodagne, a chaste and noble soul. His marked unworthy behavior towards his wife soon caused the indignation of the whole realm, to the point that a large group of noblewomen decided to free the princess from so much suffering by putting an end to his life. Theodagne, in her goodness, resisted. The noblewomen then decided to turn to a sorcerer, who transformed the prince into a ridiculous flower full of horns. A flower that no woman would ever appreciate and no lover would ever give as a symbol of their feelings.

The meaning of Aquilegia
In the symbolism of flowers, Aquilegia represents negative characteristics of the human soul such as lust, falseness, frivolity and ostentation. In fact, in ancient times giving this flower symbolized sadness combined with a state of frustration and jealousy. It was also represented in paintings when you wanted to highlight a specific state of mind of the person depicted. In fact, Aquilegia is linked to numerous legends of loves broken by betrayal and jealousy.

Species at risk of extinction, included in the category “At lower risk” (LR) of the Red Lists of Plants of Italy.

This plant caught my attention in my mother’s garden, who gave me seeds. I discovered that they were once widespread in nature, today they are much less so and for this reason they appear in the list of protected species whose collection is prohibited. They appear unexpectedly in cool places sheltered from the winds where the light is abundant, but not direct. They stand out above the other herbaceous plants of the clearings, have large and colorful flowers, with an elegant and discreet beauty, never noisy, not even gathered in thick groups.

Cultivation
Columbines (this is the nickname) require very little care. They spread by division at any time of the year. The best thing is to collect the seeds and immediately place them in a cold box with light soil kept slightly moist. The seeds will be able to germinate also in the following spring, in any case they need a “vernalization”, ie a period below 0 ° C to become active. Once they have reached a development of three leaves, they can be transplanted, first in pots, and then in the autumn in the ground. Once grown, columbines show tolerance in terms of soil as long as it is kept moist. Before planting, the flower bed is digged and mature manure compost is added.

The Rationale Behind Ethical Manufacturing

Manufacturing of any kind of goods produces desirable and (more often than not) harmful externalities. Those might not leave...

What is sustainable fashion?

Sustainable and ethical fashion consists in sourcing local materials that are environmentally friendly and manufactured following a socially just code...